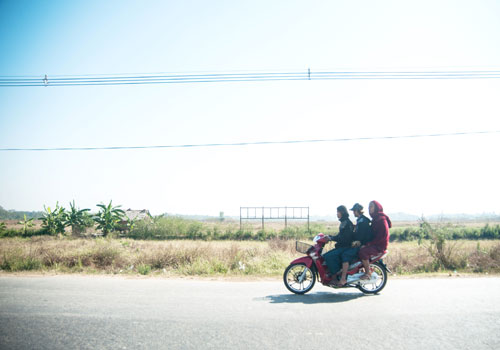 Daw Khin San Hlaing, National League for Democracy Pyithu Hluttaw MP for Pale township, put forward an urgent proposal advising the currentgovernment to scrutinise an apparent fire-sale of assets, including land and projects by ministries and state-owned enterprises, in the period between the election and the handover of power.

“While the government needs to prioritise the power transfer, some ministries in the Union government and certain members of regional governments have fast-tracked activities without the necessary arrangements and negotiations, before handing over to the new administration,” she said, adding that such cases have become increasingly common in the months following last year’s election.

Examples include a deal between the Ministry of Health and Malaysianhealthcare group IHH to build a hospital on a 4.3-acre site in downtown Yangon under build-operate-transfer terms, and Ministry of Industry factories that had been privatised over the past six months, she said.

She also outlined a recent decision to award “prime land owned by the state” to a number of local and international developers, as a substitute for land near to Shwedagon Pagoda that was confiscated last year, following public opposition to the original location.

In particular, she flagged up an agreement between the Ministry of Science and Technology and Hong Kong-based developer Marga Landmark for a 17.7-acre site beside Yangon’s Inya Lake. Marga Landmark and IHH have both received Myanmar Investment Commission approval for their projects.

Parliament also heard that the Ministry of Communications and Information Technology is planning a 2600-megahertz spectrum auction before the end of March, while a roadmap for managing the resource has not been finalised.

Myanmar’s multinational mobile operators, Telenor and Ooredoo, have also raised concerns about this spectrum sale, while local internet service provider Redlink has denied the plan to auction has been rushed.

Daw Khin San Hlaing also pointed to the Ministry of Electric Power’s controversial acceleration of plans to build dams on the Thanlwin River. On February 2, the government gave the green light to 18 out of 29 hydropower projects planned by Chinese companies in Myanmar. Environmental network Save the Salween said earlier this week that the plans had been made “without information or consulting Burma’s citizens”.

The Ministry of Energy is also in the process of privatising its 70 remaining petrol stations, Daw Khin San Hlaing said. This is seemingly at odds with a ministry announcement last year that it would increase its presence in the fuelRETAIL MARKET

. The ministry is also preparing to grant industrial zone permits for 272.15 acres in the watershed area around Pwin Oo Lwin’s National Kandawgyi Park, she said.

Other contentious projects such as the Yangon Region government’s new city developments have also been accelerated without approval from parliament, Daw Khin San

Hlaing said, adding that preparations are under way for operations to resumeat a controversial copper mine in Letpadaung, Sagaing Region, the site of repeated clashes between local residents and activists and government troops and police. Chinese company Wanbao is preparing to re-start activity without properly reviewing the report compiled by an investigation commission set up by the government in the wake of a violent police crackdown last year, she said.

She concluded by saying that over the past few months, squatters have been forcibly evicted from their homes without sympathy or compensation, adding, “I could point to many more such examples”.

“It is significant that during the power transfer, these cases have not paved a smooth path for the new government,” said U Tin Tin Naing, Pyithu Hluttaw MP for Yangon’s Seikkyi Khanaungto township, who seconded the proposal. “I believe they will become a challenge and a burden for the next government.”

A vote to continue debating the proposal saw 278 vote in favour, 132 against and three abstaining.

Meanwhile, a representative of the incumbent government said he was interested as to why the urgent proposal was being submitted now.

“[The urgent proposal] came to parliament while we are trying to cooperate with each other to ensure a smooth transition. It raises questions for us that it has come up during this critical period,” U Soe Htay, deputy director general of the President’s office, told Radio Free Asia yesterday. “If they want to know, they can ask the related departments. If asked, the ministry can reply by letter or can come to parliament to offer an explanation.”