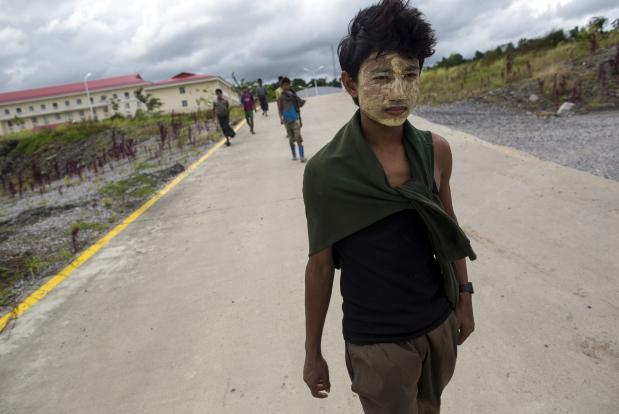 Average price of farming land per acre until November 2015 ranged from K2-5 million, but now it ranges from K4-8 million, with most of the buyers being local businesspeople.

“The Kyaukphyu SEZ is supposed to start by the end of 2016. So, speculation has made the price go up, sometimes double the price two months ago, U Than Tun, one of the owners of Soe Khine Real Estate & Construction Co, told MyanmarBUSINESS

He said if the authorities do not step in the prices will get higher than even the current level before the project starts.

“This price hike will also impact prices of farmlands. The Rakhine state government should have a close watch and take measures so that there is no instability in price,” he added.

According to local residents, prices of real estate started getting higher when the Chinese-backed Shwe Natural Gas Project went online a couple of years ago.

The construction of the Kyaukphyu SEZ was approved by the Union Parliament in December 2015, with 424 votes in support of the project, 23 against and two neutral votes.

According to the Kyaukphyu Township General Administration Department, 98 acres of land at Minpyin, Chaungwa and Yaenantaung villages, situated in the specialBUSINESS

zone, have been bought bylocal businesspeople.

“Kyaukphyu will become a very developed area within one or two years and will also become a tourist attraction. Then, there will be continuous foreign investment,” an official from Kyaukphyu Township GAD claimed.

“As the prices of land property are getting higher, discussion will be made with the local businesspeoplenot to make the prices unstable and we will work on regional development continually,” U Hla Thein, chairperson of Rakhine State Government Public Relations and Information Committee, told MyanmarBUSINESS

“The Rakhine State Government will control the price of land property so that there is stability of landprices in the area. For that, we will discuss with the local businesspeople. Our main focus should be regional development and the successful implementation of the Kyaukphyu SEZ.”

and some from processing crude oil. It is expected that there would be more employment opportunities with the implementation of Kyaukphyu SEZ.