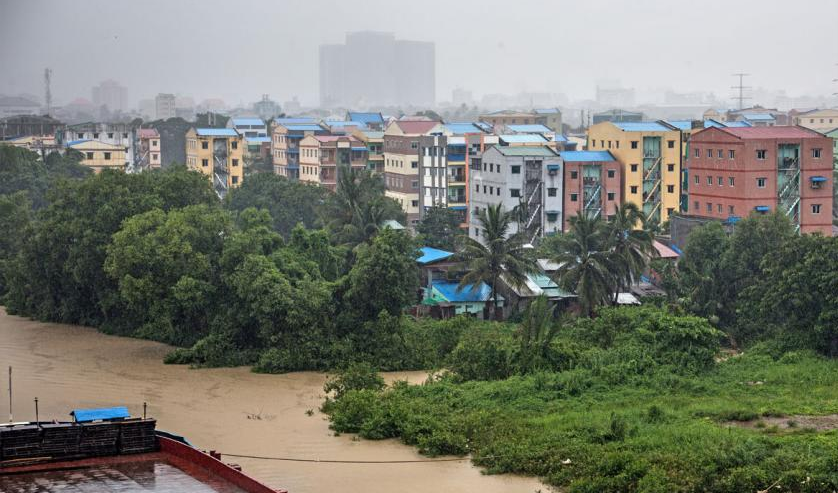 In a statement to the Yangon Regional Assembly on June 18 Yangon Mayor U Maung Maung Soe said that “action would be taken if the hotels didn’t comply within the prescribed period.”

“We’ve already informed hotels to remove those buildings which don’t have our permission to be near the creek by 26 February 2019. We will take action under the existing municipal laws if owners fail to follow. Most of the buildings have already been removed,” U Maung Maung Soe confirmed.

MP U Myint Lwin, from Constituency 2 of North Okkala Township, asked the assembly if the hotels were still allowed to use the creek, and how action would be taken given that access near and around the water could help with drainage in the surrounding area.

“Hotels have signed a pledge at the township office to remove all buildings encroaching upon the creek, and to relocate car parking spaces and generators. Some drainage covers were left,” U Maung Maung Soe said.

“Although boats carrying rice, bamboo and nipa palm leaves can travel through the creek from Minglardon Township through the six-metre wide stretch of water, the creek has been narrowed to only 1.5m with the construction of the hotel zone in Ward (D) of North Okkalapa Township, U Myint Lwin said.

He continued: “Flooding occurs quite often in this ward due to the narrow width of the creek, which chokes water flows from upstream.”

Due to the fact that the hotels have occupied part of the creek, concrete has been laid down for car parks, generators are used in the area and lean-tos have been constructed.

This makes it difficult for backhoes and excavators to get access to the creek to improve drainage, he explained.

The Shwe Hlay creek is an important part of the drainage system in the area, as it is the main waterway flowing through Mayangone, Mingalardon and North Okkalapa Townships into the Nga Moe Yeik creek.

According to the Mayor, the creek is 1417m long, with a width of 300m from Hpaung Taw Oo Pagoda to the railway on Thudhama Road. The hotel zone spans about 243m along the creek, where the creek narrows to about 3m.

The length of the lower part of the creek, from Thudhama Road to Nga Moe Yeik creek is 643m.