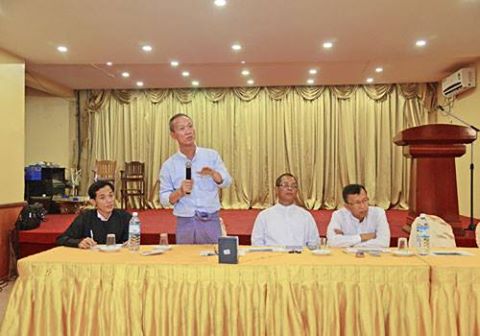 He said that in the case of People’s Park, in which 80 acres land rented to Natural World company, the rental price is K6 per square foot for 25 years in a contract started in 2011.

According to Auditor General report to Public Account Committee at the rate it has been rented out, the government could lose K14281 million annually in income.

The former YCDC committee member added that in the case of the Mya Kyun Thar park land, the per square foot rental is K25, which could cause losses of about K21625 million annually for the government.

U Htay Aung said some members of the media misquoted him in his previous press conference about the park lands being rented out directly by the regional government and that People Park was rented out on order of the previous Yangon Chief Minister.

“A journalist used my words as he wants but I didn’t mention like that. I meant that some of the park lands have been rented and contracted by the direct order of Union Government, not by force of Regional Government. Sometimes, the union government is handling some projects directly,” he clarified.

He added that the previous Yangon Chief Minister even tried to resolve the low rent issue.

He added that when there were complaints that the park lands rent fees were very low, the government reviewed contracts and increased the rent fees.

U Htay Aung said that he felt like that the comments attributed to him could harm the previous government, that’s why he held a press conference.