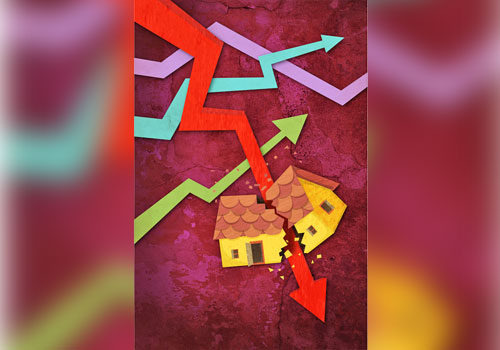 “Yangon’s property market doesn’t seem to be improving because we don’t see good potential for this year.

“At first, we thought that 2017 would rehabilitate the country’s economy, which would then help to get the property market back in good shape. But that has not happened so far,” said U Than Oo, vice chair of the Myanmar Real Estate Service Association (MRESA).

He added that the difficulty faced by the market is due to the high property tax rate. The NLD-led government has not enacted a new union tax law and has opted to continue using the previous legislation.

“In mid-February, the government didn’t enact the new 2017 union tax law ... They [the government] control property prices with high taxes,” he explained.

Moreover, the country’s economic development has been slow under the NLD-led government’s first year. The Yangon regional government has been instructed to put a halt to more than one hundred high-rise construction projects.

The construction market has been inactive for seven months and this has worsened the situation in the property sector. That’s why the industry is not expected to revive its fortune in the future this year, according to U Than Oo, who is also the owner of Manding Real Estate Agency.

“The country’s economic growth is slow and the property market in 2017 so far is not encouraging,” he told The Myanmar Times.

Otherwise, Daw Moh Moh Aung, secretary of the MRESA said that the property industry is in need of an effective legislation. The sector will not be able to recover until there are suitable legislations in place, and currently the situation is not ideal.

Property market transactions have been lacklustre since the end of 2014 but investors were hoping that it would get better with the new NLD-led government.

However, the country’s economy is not growing as anticipated. Hence, there is little hope for the situation to take a turn for the better, industry experts said.