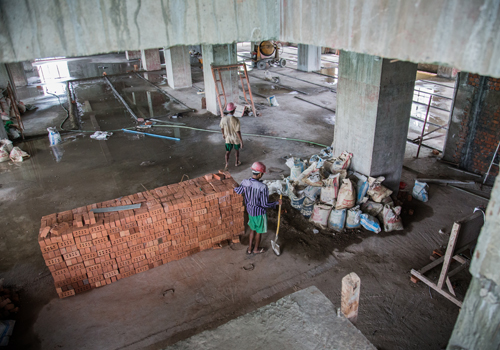 According to the committee’s report, in 2015-16 there were 21 joint-venture projects between the Department of Engineering and companies from the private sector. The department’s budget deficit was due to the department’s inability to get a sufficient financial return from the various joint-venture projects, which began to affect government revenue.

The Public Accounts Committee also pointed out that even though the Yangon City Development Committee (YCDC) had received a larger percentage of the joint-venture building areas, such as in car park construction areas, their revenue was less than their projection because their rental rates were much lower than the market level.

Moreover, private companies who were in collaboration with the YCDC were unable to meet project deadlines, as stipulated in their contracts, and had to pay fines up to K100,000 per day.

However, there are some companies which have not paid all their fines.

“In the 2015-16 fiscal year, the regional government received less revenue and less from the Yangon City Development Committee [YCDC] due to the rental rate.

In many cases, the YCDC will sell their urban development buildings or apartments in their joint venture projects.

But the committee sells the properties at a lower rate than the current market level reviewed by the Public Accounts Committee.

Sharing profits between the YCDC and other stakeholders seems a fair and viable option, but, in many cases, companies have been in a position of advantage, according to Public Accounts Committee review.