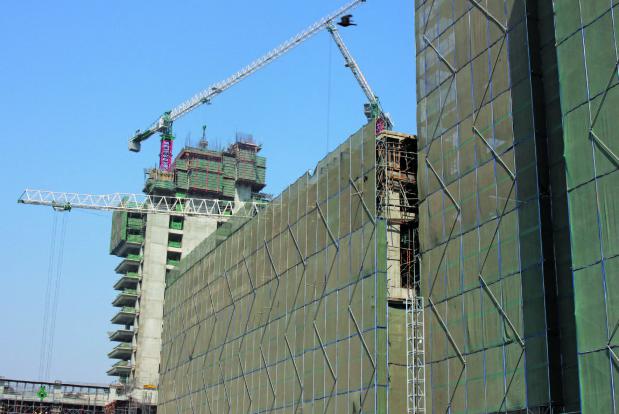 Real Estate group Colliers is estimating that despite the recent surge in office space in Yangon, the low occupancy rates are set to rise with expected incoming foreign investment after the new government settles in to parliament.

In 2015 alone, 130,000 square metres of new office space opened up in the Yangon area, much of it situated in the suburbs which will put pressure on builders to accommodate to foreigners’ needs for office space downtown in a highly competitive market.

The quarterly report released by Colliers highlights buildings such as Junction City and Sule Square as highlights to downtown’s office development and could help stave off demand for new buildings in coming months.

With increasingly liberalised market sectors and market reforms, Colliers expects Myanmar to continue on an upward trend of economic prosperity for a good number of years. Office space, while catching up, may find itself not up to international standards if it isn’t prepared for the wave of investors rushing into the country.

Kamaryut township held the best showing of real estate economic activity for Colliers report, followed by Dagon, Bahan, Sanchaung and Kyayktada. Kamaryut pulled in top honours due to its increasing service-sector economy including hosting four of 11 of Yangon’s serviced apartments as well as including shopping malls such as junction Square and Hledan Centre.

The other townships at the top of the list solidified their positions through other shopping malls, rental rates, hotels and serviced apartments.

In contrast, high-end hotel construction, occupancy rates, and the average daily rate should be on the decline. Residential condominiums’ selling price and take-up rates should stay flat and new ventures are expected to go down, according to the report.