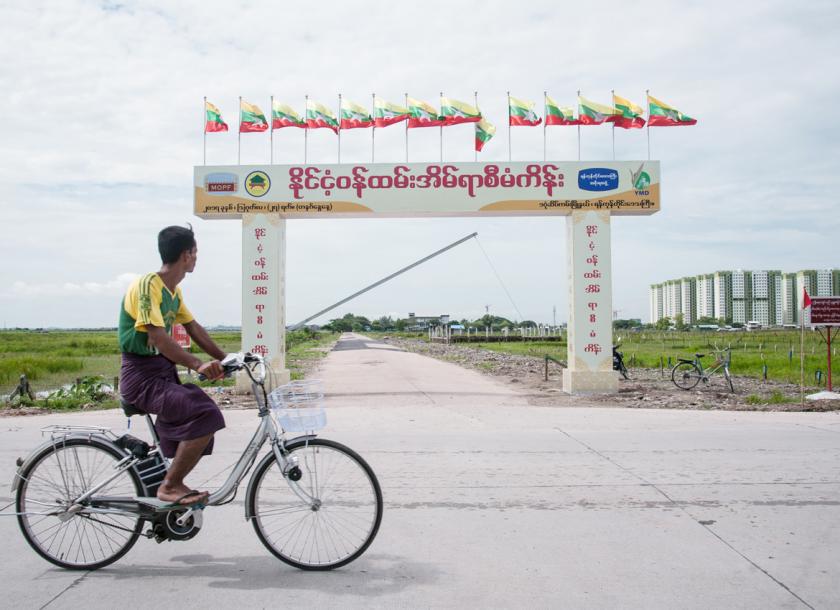 Farmers in a village in Dagon Seikkan township in Yangon decried the government’s decision to convert their 183 acres of farmlands into a housing project for retiring government workers.
The lands were given to the farmers to plant crops by the government in 1997 under the name “Sein Lan So Pyay Yay” [meaning to be green and lush] but on August 8, the authorities prohibited the farmers from cultivating as a government housing will be constructed in the area, the farmers said.

Nine farmers will not be able to pursue their livelihoods as a result of project, and they wanted to discuss with the government so they can be provided with another farmland or alternative jobs, according to U Myo Win, one of the affected farmers.

“I’ve been working for 20 years on this land. And, we’ve cultivated without fail for many years. Now, on the land which we have planted rice are being filled with and we’re facing lot of damages,” he said.

The Central Committee on Confiscated Farmlands and Other Lands, on August 26, met with the farmers and told them to stop their farming activities in the area, U Myo Win said.

Since it was rice-planting season, the farmers requested for a two-month reprieve to allow plantation in other places, apart from the lands that were filled by sand.

An initial agreement was reached to allow the farmers to continue planting in the area not yet filled with sand but on September 9, the township administrator published a notice warning that there should not be any farming in the project land.

The notice warned of legal actions if the warning is ignored.

The retirement housing project is being undertaken by the Yangon Metropolitan Development Public Company, and the ground-breaking ceremony was held on August 27.

The government has drawn a list of civil servants in the country who wish to live in Yangon after their retirement, and The Civil Servant Housing Project is for those enlisted who are still working, and also for staff who would retire in about two years time.

The project will comprise of 6-storey buildings with 4, 8 or 12 units per floor, totaling 4000 units.