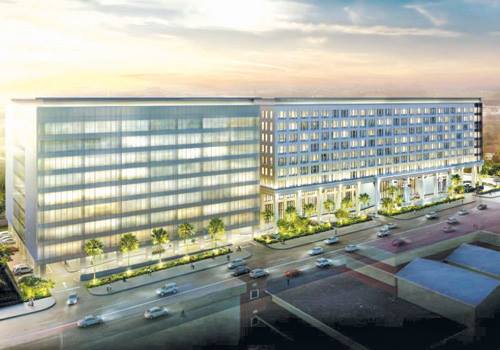 Development of the US$332.5 million project will begin this year on the former site of the military museum across 16,000 sq m of land. It will comprise a high-grade office building, commercial facilities and a luxury hotel occupying a total floor space of approximately 92,000 sq m. The project, which is expected to be complete in 2020, is also the first project to be granted under the new Myanmar Investment Law. The location is near the city’s famed Shwedagon Pagoda and near the Yangon Central Railway Station.

It will be led by Japan’s Fujita Corporation, Tokyo Tatemono Co and Japan Overseas Infrastructure Investment Corporation for Transport & Urban Development in partnership with Yangon Technical & Trading Co (YTTC), an affiliate of Ayeyar Hinthar Holdings Co. The maximum total investment amount is projected to be around US$150.8 million, according to a July 28 statement released by the Japanese.

“Fujita will be in charge of planning and construction for the project and Tokyo Tatemono will undertake operations and management of the office and commercial facilities. The hotel operation will be entrusted to Hotel Okura,” said Mr. Takuma Hatano, President and CEO of Tokyo Tatemono and Japan Overseas Infrastructure Investment Corporation for Transport & Urban Development.

When complete, the Okura Prestige Yangon will offer approximately 390 rooms, including around 130 guest rooms for long-term stay. It will be constructed nine floors above ground, with two floors underground, Ms Amano said.

“Hotel Okura’s selection is based on observing Myanmar’s GDP growth averaging at around 7% per annum since shifting toward civilian democracy. We also observe that inbound investment from Japan, Europe and the United States is projected to rise steadily,” she said.

In July 2015, former president U Thein Sein cancelled five approved property projects near the Shewdagon Pagoda after mounting protests against their construction. The projects included the US$300 million Dagon City 1 development, which is a joint venture between the Marga Landmark Development Co and local firm Thu Kha Yadanar Company.

Tenders to develop the projects had also been given to Shwetaung Development Company and Adventure Myanmar Tours and Incentives Co. The Myanmar Investment Commission (MIC) also permitted the projects in accordance with the law.

Last year, the MIC approved a new 17 acre site for Marga Landmark’s Dagon City 1 at the corner of Kaba Aye Pagoda and Kan Be Road, which is owned by the Ministry of Science and Technology.